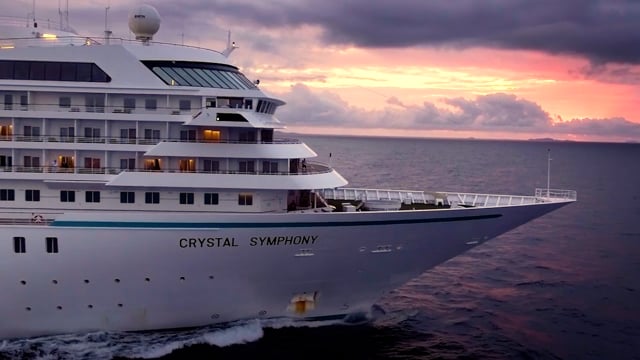 Begin your journey with your brothers on an exclusive Bologna Pre-Cruise Tour for 3 nights, to celebrate Kappa Sigma’s history. Bologna provides the best of several worlds; it has beautiful piazzas, churches, and museums, and is also a thriving university town, filled with cafés, bars, and nightlife.

Upon arrival at Bologna Guglielmo Marconi Airport (BLQ), transfer to the 4-star Royal Hotel Carlton in the historic center of Bologna.

Royal Hotel Carlton, Bologna | Deluxe Room
The Royal Hotel Carlton is in the heart of Bologna near the pedestrian-only area. Hotel amenities include an inviting  foyer, restaurant with local and international cuisine, cocktail bar with summer terrace, as well as the luxurious spa, indoor pool, and large fitness center.

Check-in time is 2:00 pm. The hotel will do its best to accommodate early arrivals; however, early check-in cannot be guaranteed. If you have an early morning arrival and prefer immediate access to your room, it is suggested to book the night prior.

Depart the hotel with an experienced local guide on a Bologna Walking Tour. Wander the pedestrian streets and narrow alleys admiring the impressive buildings, seeing the most famous piazzas and outdoor monuments of Bologna. As we walk, note the porticoes that adorn the city. These covered walkways date back to the 12th century, that were designed to extend the houses without encroaching on the streets below.

Begin in Piazza Maggiore (Main Square), a 13th-century plaza, where we find the Fountain of Neptune and Basilica of San Petronio. Constructed starting in 1390, the basilica was decorated by the world-renowned Michelangelo, along with numerous others.

In the heart of the city are the iconic Two Towers — Torre Degli Asinelli & Torre Garisendi. Constructed during the high Middle Ages, these leaning towers are the symbol of Bologna.  For the adventurous, head back later in the day to climb the 498 steps of Torre degli Asinelli for a 360° view of the city (entrance not included).

Continue to the oldest market in Bologna, the Quadrilatero. Dating back to the Middle Ages, this historic market near Piazza Maggiore is a foodie’s dream, offering a variety of gastronomic delights, including fresh produce, cheeses, seafood, and meats.

Along the way, our guide will point out the best places for dining, nightlife, and shopping. Following the tour, choose to continue exploration independently or return to the hotel. The remainder of the evening and dinner is on your own.

Following breakfast at the hotel, depart on our guided tour to discover the roots of Kappa Sigma in Bologna. We begin at The Alma Mater Studiorum – University of Bologna, founded in 1088, it is the oldest university in Europe and the world’s oldest university still in operation. Kappa Sigma traces its history to Manuel Chrysoloras, a Greek scholar and university teacher who established the order here in 1400.

Our tour begins at the The Archiginnasio Palace, the original building of the University of Bologna which now houses a 700,000-volume library as well as the Anatomical Theatre. See the legendary room decorated with wooden sculptures and where cadavers were dissected publicly in the 17th century. We then walk to the main square of the university, Piazza Verdi.

Continue to the Palazzo Poggi (Palazzo Cellesi), the headquarters of the University of Bologna, to see its eclectic science exhibits and numerous frescoes. Our tour concludes as we walk down the Strada San Donato to the Porta San Donato Gate. There is a saying that all Brothers have walked the streets of Bologna, and this is certainly one not to be missed!

Enjoy lunch and the remainder of the day on your own. Optional afternoon tours will be offered.

Following breakfast at the hotel, depart by motorcoach to visit the medieval Porta Saragozza, the 12th gate of the city, and the most visited by Kappa Sigma Brothers who have made the pilgrimage to Bologna. Continue our journey on a panoramic drive through the countryside to the small medieval village of Dozza, the capital of Italy’s Emilia Romagna region.

We walk through a genuine open-air art gallery – the exteriors of most of the buildings are gorgeously decorated with mural paintings, done by world-renowned artists who visit Dozza every 2 years for the “Biennial of the Painted Wall” festival. More than 200 artists from around the world come to Dozza to showcase their work, putting it firmly on the map and ensuring its prosperity through the ages.

Visit the Rocca Sforzesca di Dozza or Dozza Castle. Rebuilt at the end of the Middle Ages, it is a must-see landmark that bears witness to the region’s glorious past. Once the residence of an ancient, noble family, the castle is now a museum showcasing the family’s collection of portraits, sculptures, and antique furniture. In the cellars of the castle, visit the Regional Wine Shop with over 800 wine labels, as well as jams, preserves, and typical liqueurs.

Our tour concludes with a group lunch in a local restaurant with wine! Afterwards, enjoy free time to explore some of Dozza’s forgotten medieval corners and visit local wine shops to discover the best wines from the region while chatting with experienced sommeliers.

Return to Bologna with the remainder of the evening at leisure.

Enjoy breakfast at the hotel before transferring as a group to the Crystal Symphony in Venice (approx. 2-hour drive) for embarkation.

Along the way, stop in the historic walled city of Ferrara for a group tour and lunch. With a history starting in the 6th century, this UNESCO World Heritage site boasts many sites dating through the Renaissance period.

Our tour through the precisely planned city, which influenced future urban designers, begins at the 12th-century Romanesque-Gothic Cathedral of Saint George and the nearby town hall, Palazzo Municipale. Linked to the Palazzo by an elevated passageway is the moted, medieval Este Castle, once home to the noble Italian family known as the House of Este.

Continue to the former Jewish Ghetto, an area which conserves the memories of the centuries-old Jewish Community of Ferrara, and stroll under the medieval arches of Via delle Volte. Conclude the tour at the Renaissance-style Palazzo dei Diamante, whose name comes from its amazingly rich façade of pyramidal stones.

Enjoy a group lunch at a local restaurant with wine before continuing to Venice to embark the Crystal Symphony.

All cancellations must be made in writing to Global Tracks. Travel insurance and airfare are non-refundable once purchased. Any payment to Global Tracks constitutes your acceptance of the terms and conditions set herein, including but not limited to the cancellation terms.